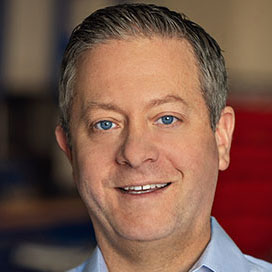 Craig has had a successful career in sales and sales management, spanning the medical device and machining sectors. At Fusion, he is responsible for all sales and marketing and has built a team of sales engineers serving various geographies and industry segments.

Prior to Fusion, he was Sales Director at Millennium Health where he managed a team of sales professionals and was directly responsible for nearly half of the sales of the company. He has deep experience in direct selling, having served an account executive for Karl Storz Endoscopy America and CR Bard. Craig joined Millennium Health during the company's startup phase as one of its first sales team members and within six months was responsible for expanding sales operations into twenty-five states, ultimately helping the company reach $3B in value.

Before entering the Medical industry, Craig spent four years representing various machine tool manufacturers. Three of the years he was a principal owner of Focus Machine Tools. He and his partner were responsible for selling the FIRST machines to Chrysler, American Axle and General Motors. He was also for responsible for sales at major automotive accounts including Delphi, Metaldyne, Dana, TRW and other various Tier 1 & 2 automotive suppliers, along with various medical component manufacturers.

Get started with Fusion Coolant Systems